10 Places to see and things to do in Lleida

What to see in Lleida? It is very easy to decide, as it is a province full of tourist attractions and attractive landscapes that will easily take your breath away. In this article we present 10 places you can’t miss.

What to see and visit in the province of Lleida 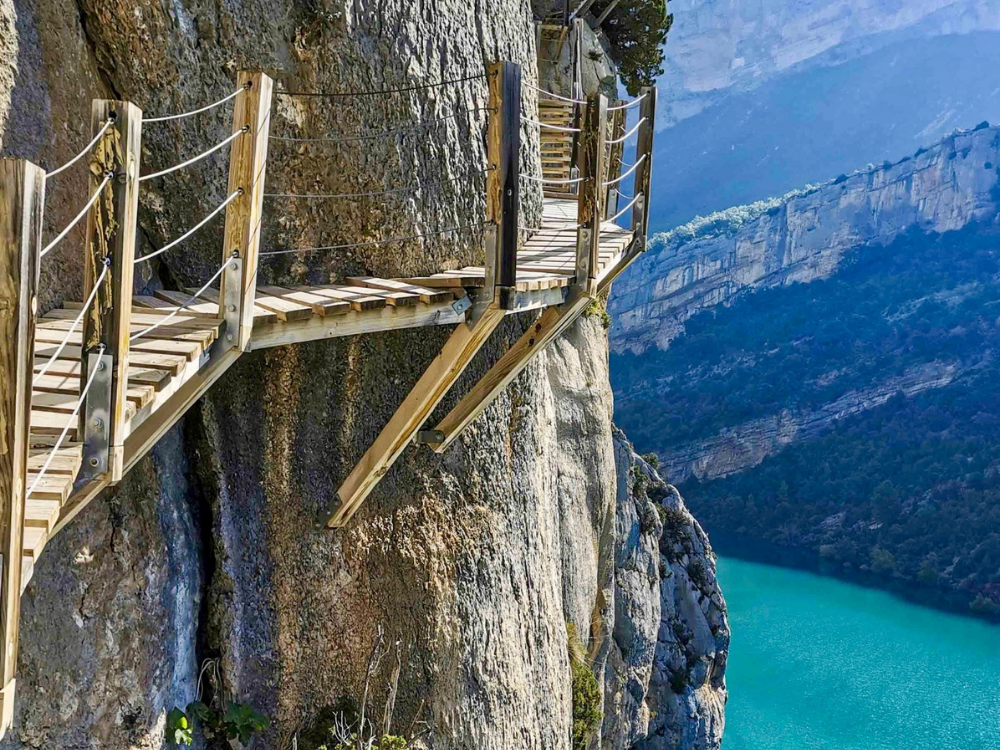 One of the best things to do in Lleida (a mainly mountainous province) is the route through the Congost de Mont-Rebei, the natural border between Huesca and Lleida. It’s very popular in Catalonia, so we recommend you get up early so you don’t run into too many adventurers. This 4-kilometre hike with breathtaking views is not suitable for those with vertigo, as the path (which follows the course of the river Noguera Ribagorçana) is carved into walls that reach a height of 500 metres. You will have the opportunity to cross the Sant Jaume ravine suspension bridge, and if you feel up to it, you can go as far as the Congost del Seguer suspension bridge. 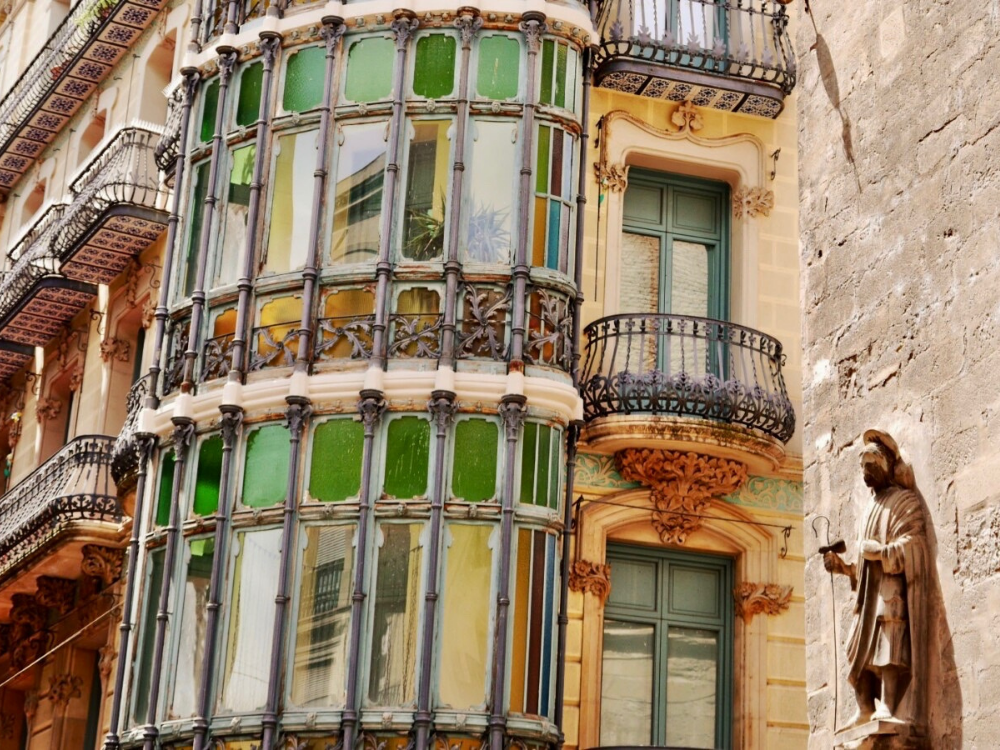 We cannot forget the capital, with its historical and cultural landmarks. What to see in Lleida city? The tourist sites not to be missed are the following:

La Seu Vella, you will have heard of the 13th century church which was also headquarters between 1707 and 1948, with a tower from where you can appreciate views of the whole city.

The King’s Castle, a spectacular viewpoint, is another of the things to see in Lleida, where James I the Conqueror was crowned.

The Templar Castle of Gardeny, built between the 12th and 14th centuries and of which only the ruins remain (which give a very accurate idea of what life was like for the 20 Templars who lived there).

The Palau de la Paeria (the town hall), a Romanesque and neoclassical building from the early 13th century that tells the story of Leida. Admission is free and it is open every day of the week.

What to visit in Lleida? Above all, the Romanesque-Lombard churches in the Vall de Boí. They generate a lot of tourism, as some of them have been declared World Heritage Sites by UNESCO. These churches were built between the 11th and 12th centuries. Discovering these relics of Catalonia’s historical legacy will allow you to travel back in time to an era when religion was everything. 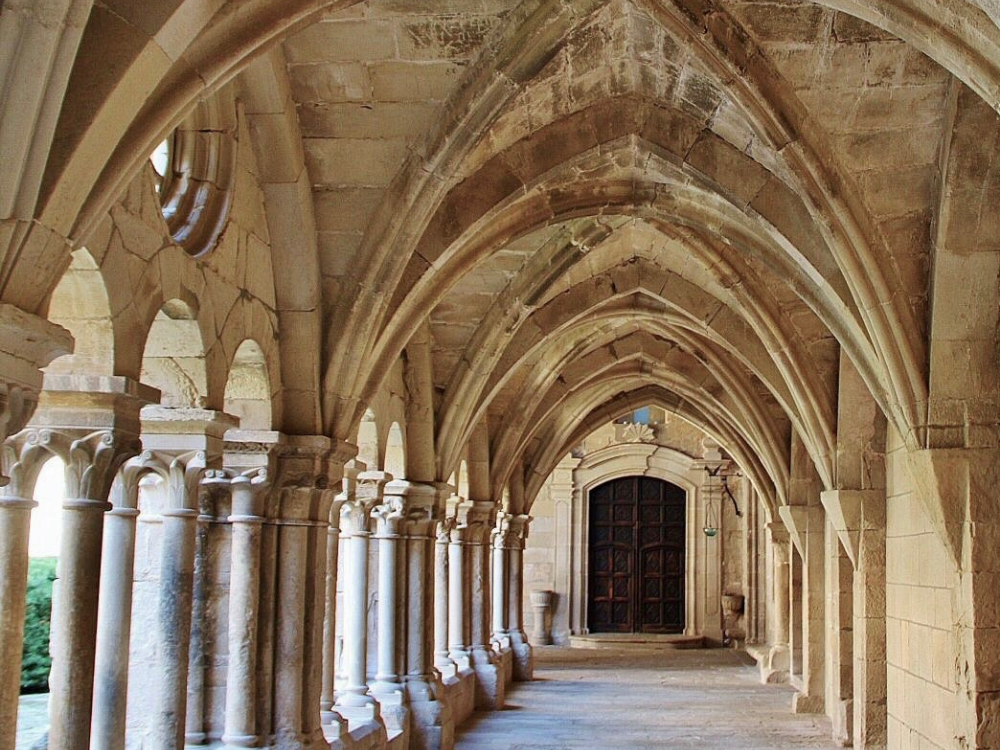 Of all the places to visit in Lleida, we suggest you go to the Monastery of Vallbona de les Monges, in Urgell: one of the three main stops on the famous Cistercian route.

It was founded in the 12th century and is particularly peculiar. Its cloister combines Romanesque, Gothic and Arabic styles. Nor should you miss the Chapter House, with the tombs of the different abbesses (since the community is female).

Here are the opening hours for you to visit this architectural marvel: Tuesday to Saturday from 10:30 am to 1:30 pm, and in the afternoons from 4 pm to 6 pm, and on Sundays it opens at 12 noon.

Another of the things to see in Lleida province is undoubtedly Montfalcó Murallat, a small village located on top of a hill. Apart from having only 15 houses, it is special because it will transport you to the Middle Ages with its narrow streets, its 11th century church, its low stone arches… The truth is that Montfalcó Murallat in its essence is a perfect representation of medieval villages, but with great charm. So much so that some of the houses have been converted into rural houses. Did you know that? The village still has something else that makes it stand out: its cistern in the central square. Yes, yes… you read that right, a cistern where the town’s water is still stored today. 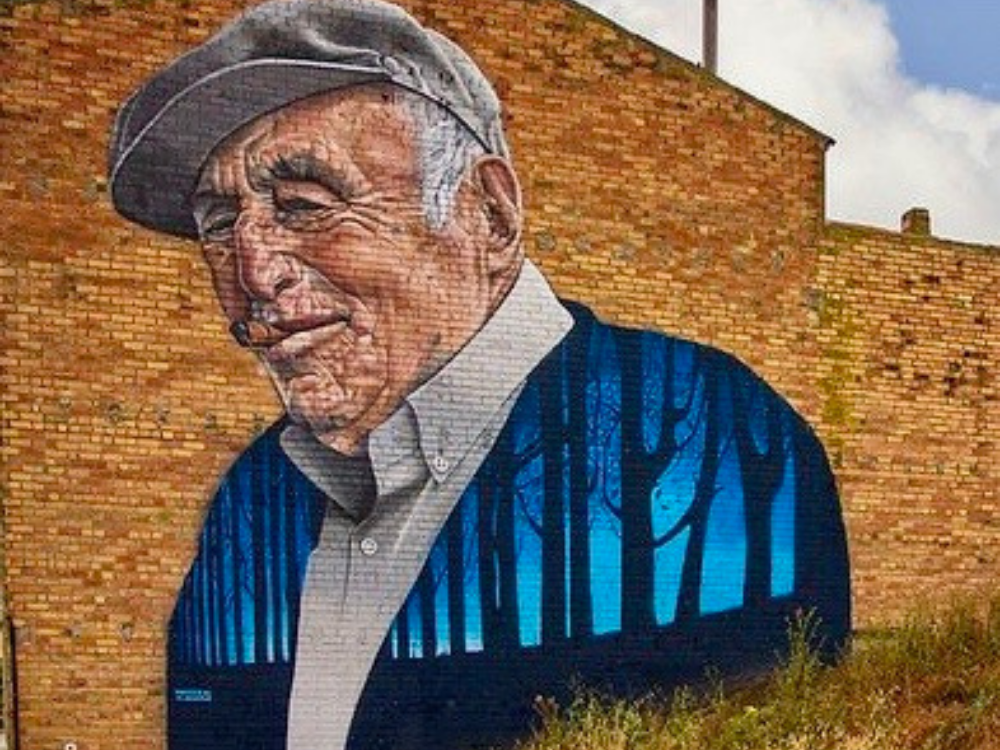 So far we’ve recommended different places to visit in Lleida that have an important historical legacy, but now we’re going to tell you about a slightly more modern place. What to see near Lleida? Penelles, a 40-minute drive from the capital, is a town full of graffiti done by well-known graffiti artists from all over Europe (every year a festival is held where they are invited), so you won’t be disappointed: they have become the town’s tourist attraction, so if you don’t want to miss any of them, the tourist office will tell you where to find the most outstanding ones. 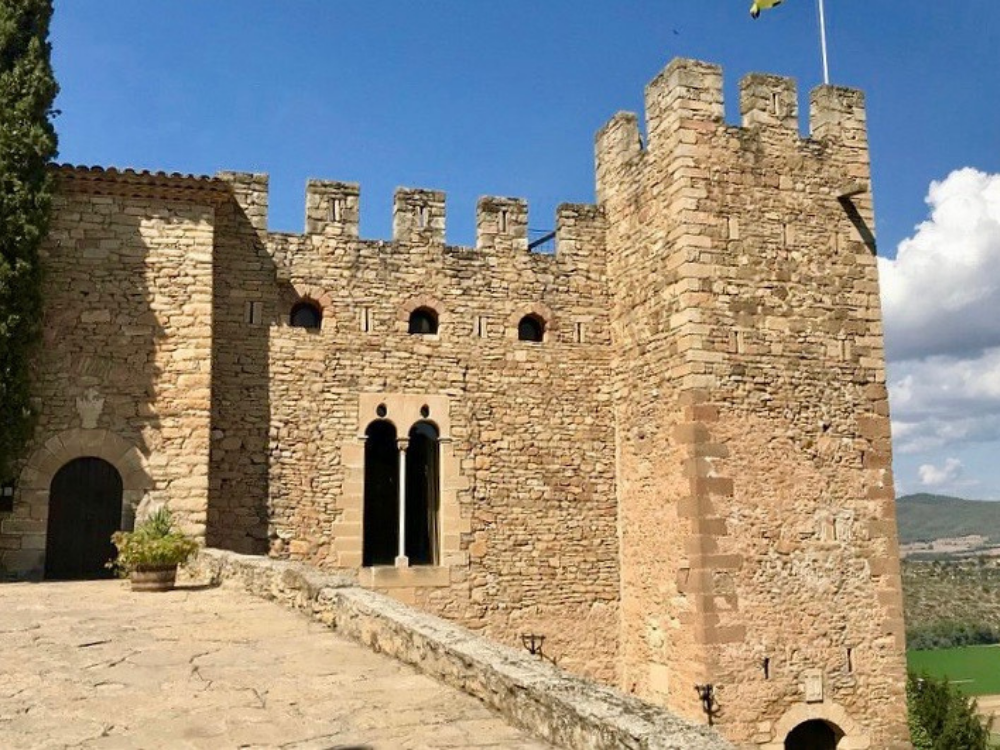 The list goes on! Montsonís Castle is one of the best visitable castles in the area, which is still home to its owner: the Baron of Albí, of the Order of the Knights of Malta, who resides on the upper floor of the castle. Despite this, the castle is open to the public on Saturdays, Sundays and public holidays, and you are allowed to visit its main rooms, giving you a perfect insight into life in the Middle Ages. 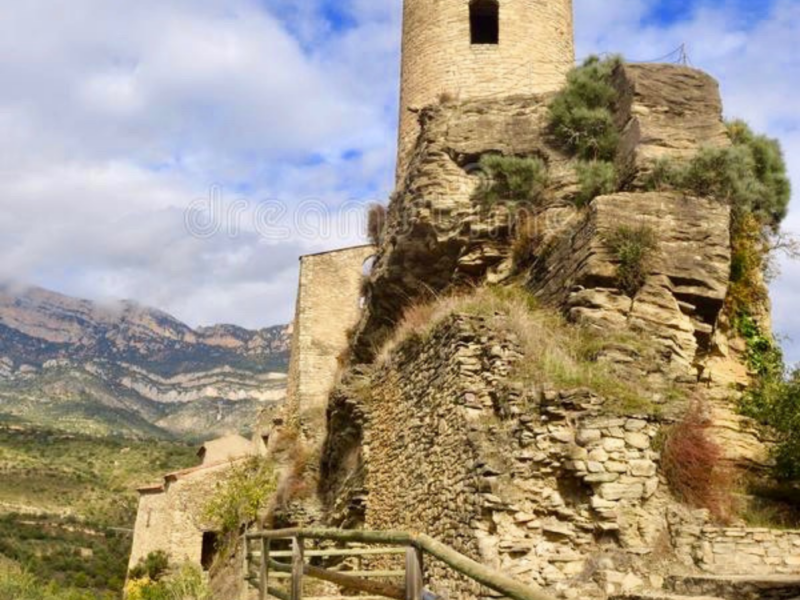 What to see in Lleida and the surrounding area? In case we haven’t convinced you yet, we present the Barony of Sant Oïsme, a 20-minute drive from Camarasa. It is a reservoir, and right next to it you will find a stone tower and a church, dedicated to Sant Bartomeu. Despite being a simple architectural complex, it is well worth a visit, especially for the incredible views that can be seen from the top of the tower, which is about 14 metres high. There are references to the Barony from the 11th century, when it was a castle, although it cannot be seen today. 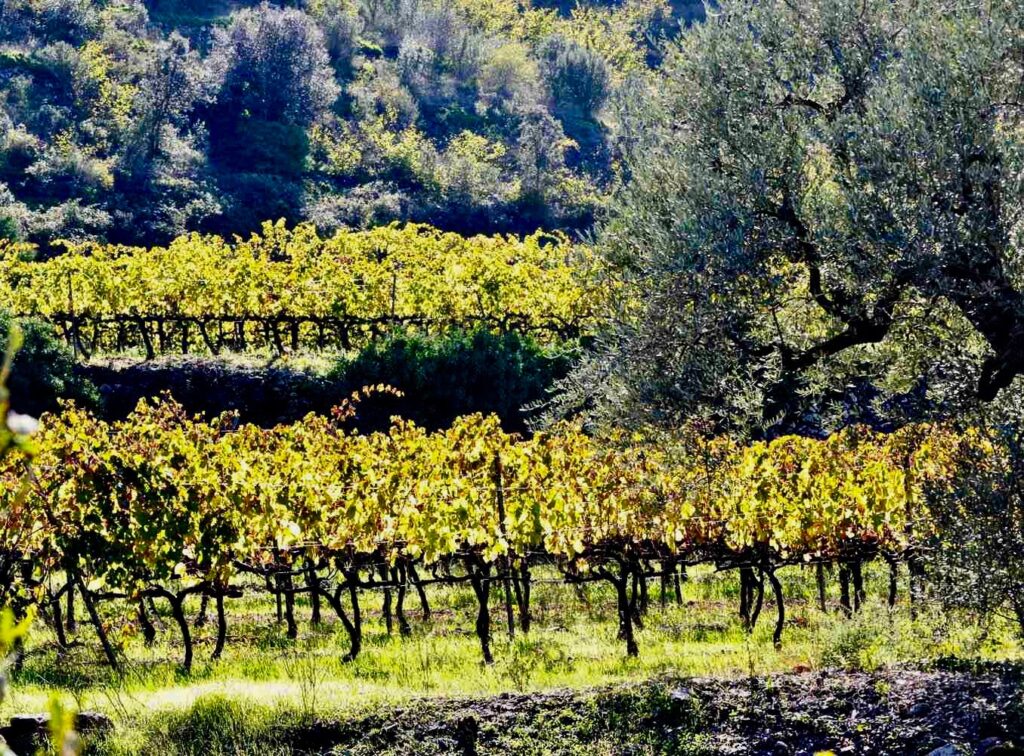 The river Segre has allowed the growth of vineyards, turning the lands of Lleida into an attractive destination for those who want to do wine tourism. There are different wineries all over the province that form part of the Costers del Segre Designation of Origin: wines that have been born in chalky lands, under a Mediterranean climate. Visiting these wineries will allow you to get to know the flavour of the land in depth, as the wine route goes from the south of Lleida to the north, where different fermentation techniques are used. In some cases the wine is born from between the stones… yes, you heard that right! But to find out more you’ll have to visit.

We have already talked about the capital, but we had focused on the part born between the 12th and 14th centuries. However, as you may well know, Modernisme was an important artistic movement in Catalonia, and it left its mark on Lleida. If you go to the centre, you will have to stop at the Teatre Municipal de l’Escorxador, Casa Melcior, Casa Morera, Casa Magí Llorens and Casas de Balasch. Some of these buildings are Cultural Heritage of Local Interest, and have been remodelled, so it is easy to appreciate the vitality of the colours that were so popular at the beginning of the 20th century.