The 10 most beautiful and charming villages in Lleida 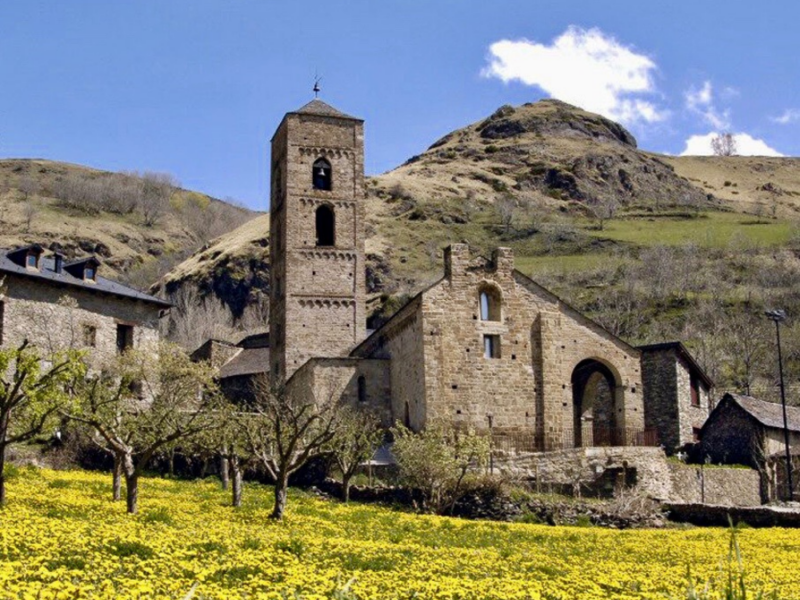 Would you like to discover the 10 most beautiful villages in Lleida? We suggest you explore the province and enjoy all its charms, which are infinite. Here you will find a part of Catalonia full of nature and history, as Lleida is made up of a large number of medieval villages that hide a great and precious historical and cultural legacy. Without a doubt, it has been difficult to choose just 10! Let’s go ahead with our selection of the most charming villages in Lleida. 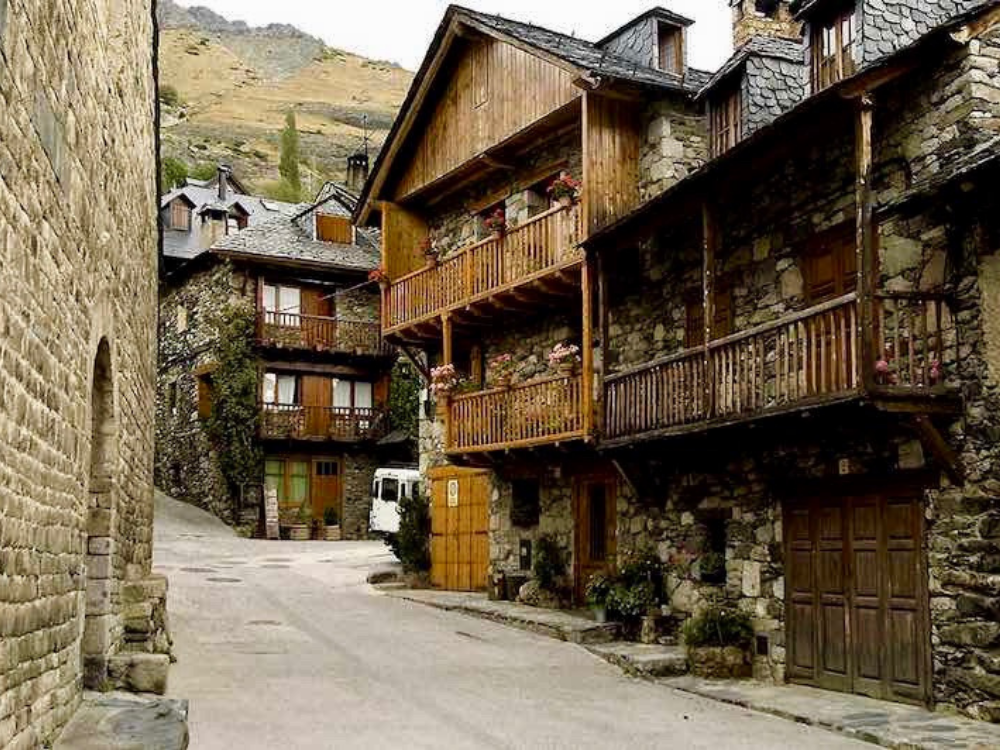 You will surely have heard of Taüll, located in the Vall de Boí, mainly because this is where the Romanesque churches of Santa Maria and Sant Climent, declared World Heritage Sites, are located. But Taüll is not only a great tourist attraction because of this, it is also one of the most spectacular villages in the Lleida Pyrenees. Taüll offers an environment of calm and tranquillity, far from the hustle and bustle of the city and the most common scenes of the Catalan Pyrenees, such as the stone and wooden houses. It is also one of the clearest examples of how simplicity can have as much, if not more, charm than a large architectural complex. 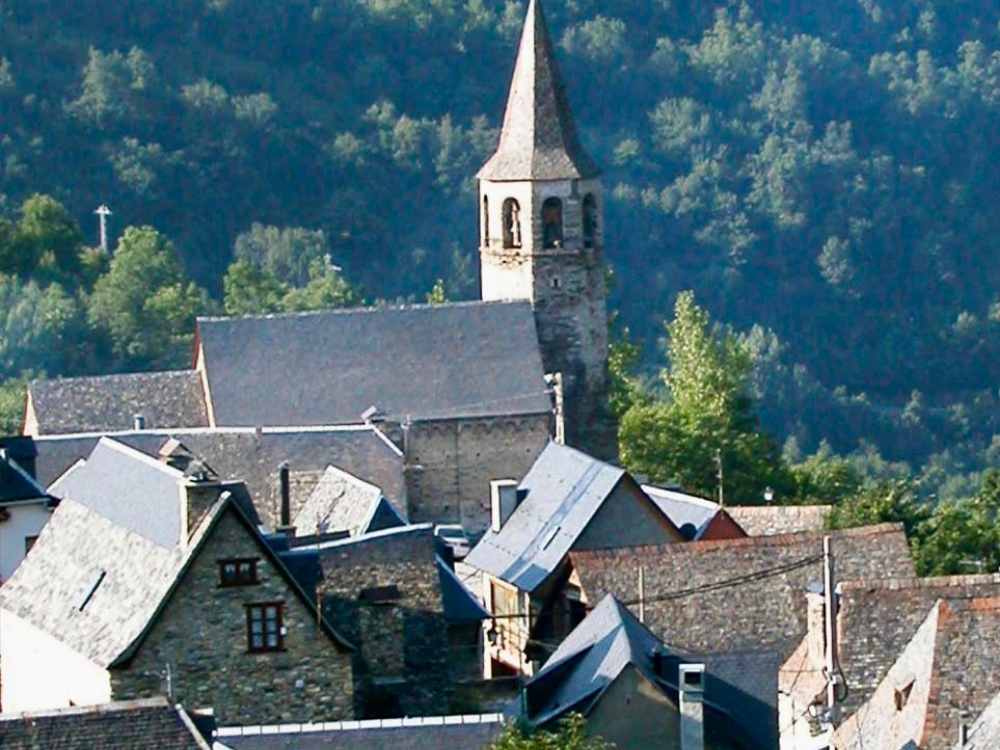 Bagergue is the highest municipality in the Alto Aran region, at an altitude of over 1,400 metres. It is a small village, but it is nonetheless one of the most charming villages in Lleida: don’t miss the Church of San Félix or the Hermitage of Santa Margarita, which are part of the historical legacy of the municipality. In addition, there is also the Eth Corrau museum, where there are different handcrafted pieces on display that convey what traditional life in the valley was like in the past. Bagergue is right next to the river Unyola, so you can take some lovely walks along the riverbank. 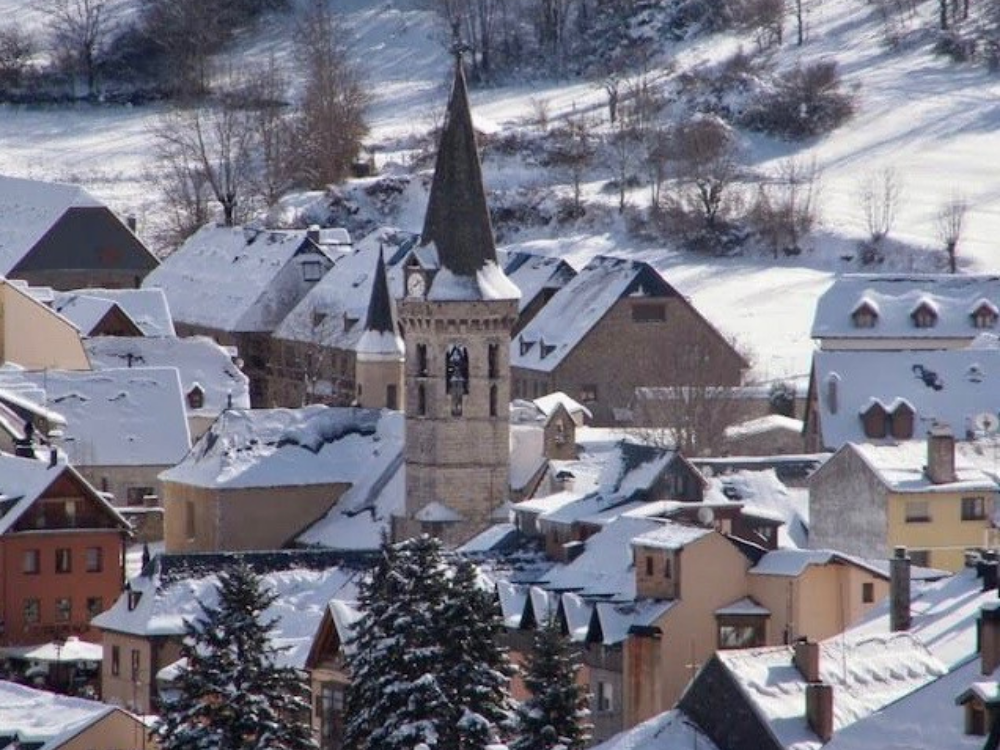 Vielha is one of the best-known places in the province, so it couldn’t be left out of this article. If you’re looking for charming villages in Lleida and the Pyrenees, this has to be your destination of choice: the capital of the Vall d’Aran region. Vielha has its roots next to the Garonne river and is surrounded by lush nature, so there is no better opportunity to get to know the Catalan Pyrenees and its customs than discovering the corners of Vielha: let yourself be impressed by the typical stone, wood and slate houses and by the numerous Romanesque churches, but above all by the Parish Church of Sant Miquèu (from the 12th century). 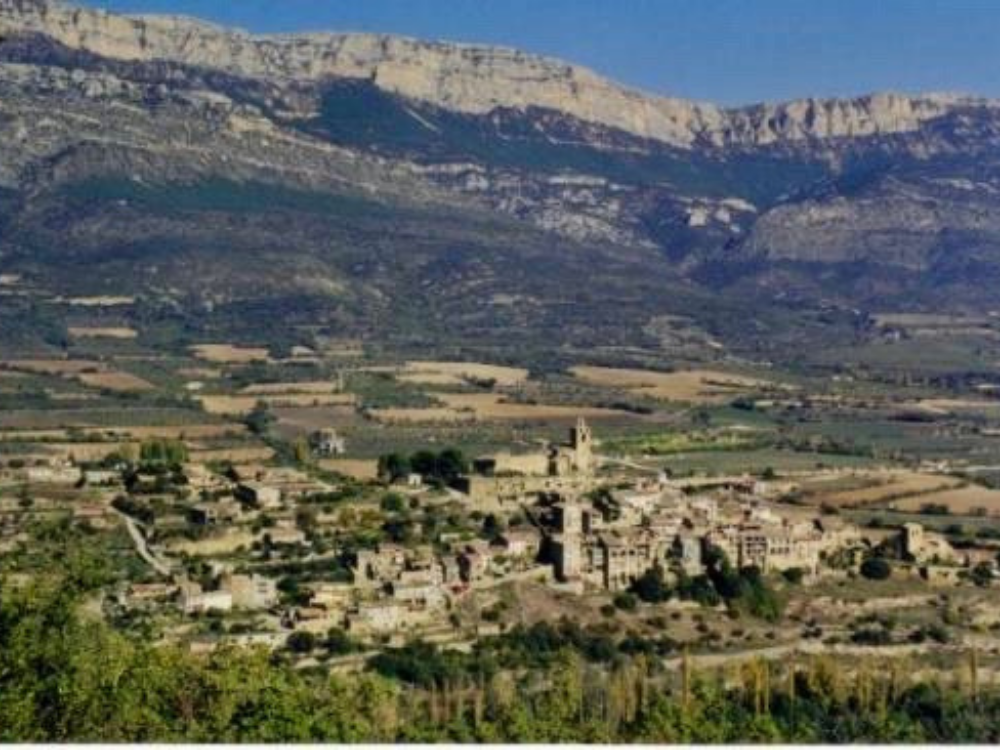 We are sure that there is nothing like seeing the stars in a small mountain village, a space totally free of pollution. Àger is a beautiful village in Lleida which is also home to the Parc Astronòmic del Montsec, so there’s no excuse for missing out on views like the ones you can enjoy from here. Moreover, if you love hiking, it is essential to know that it is surrounded by the Congost de Mont-rebei, a path that follows the course of the river Noguera Ribagorçana. 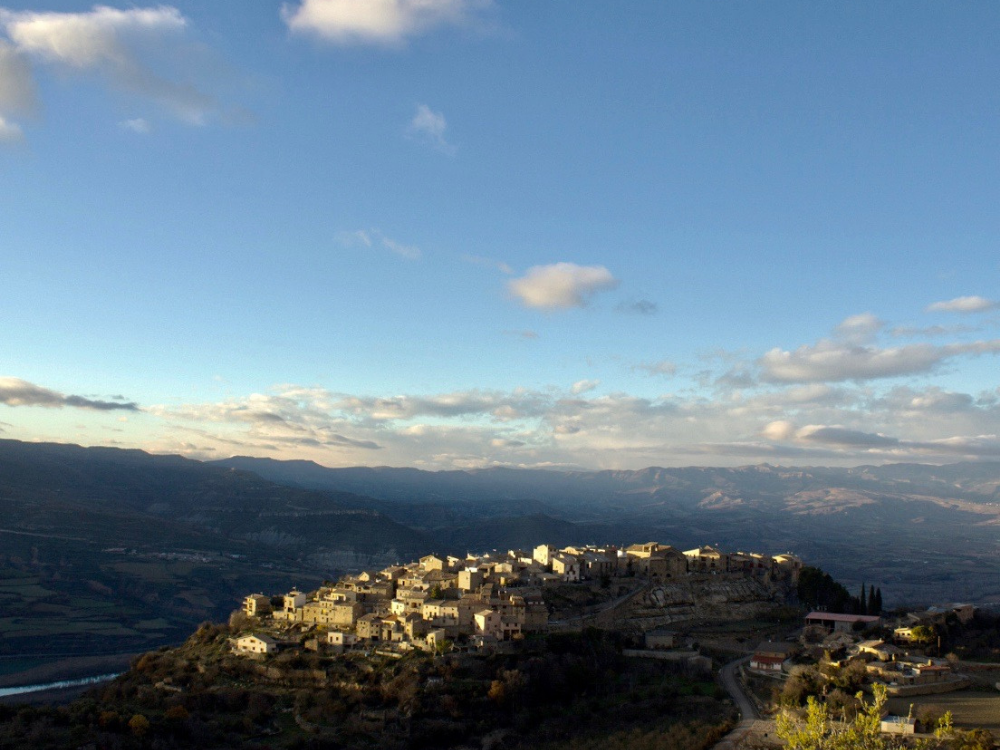 If none of these options has convinced you, Llimiana will be your weakness. It is, without a doubt, one of the most beautiful villages near Àger. It is a very small municipality, with less than 200 inhabitants, you will have seen few things like it! Despite its size, Llimiana has a lot to offer, such as its calm and tranquillity and views that are simply breathtaking. You can visit the village church, built in honour of Santa Maria de la Cinta, and appreciate its Romanesque apses. 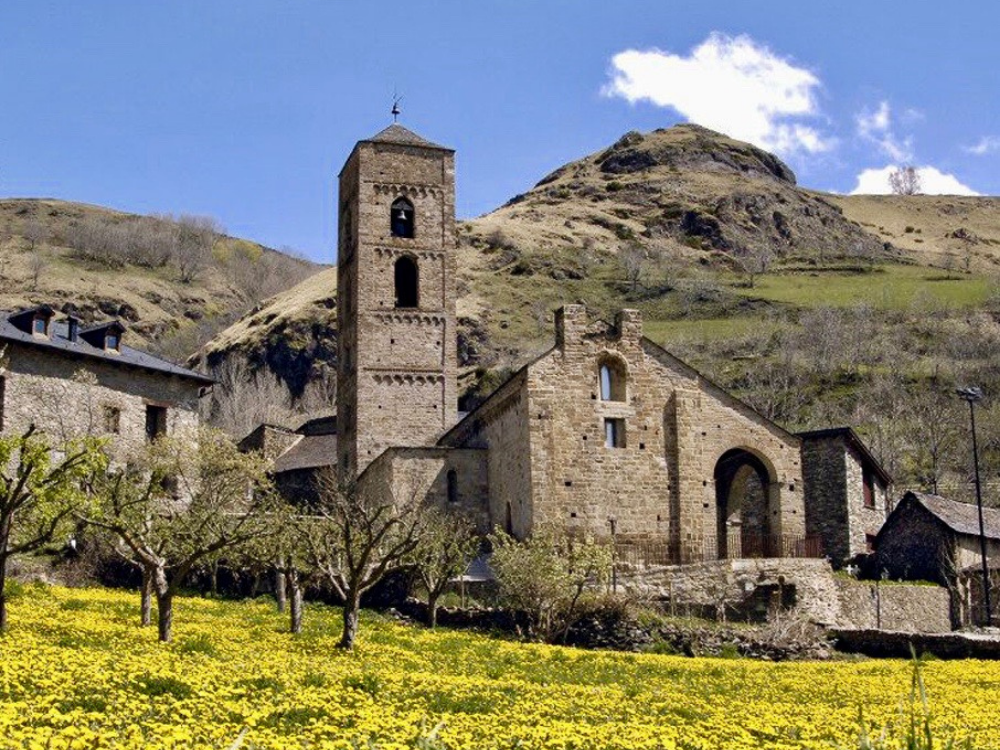 Catalonia is a community with a wealth of history, and the province is full of municipalities with a personality that dates back to the Middle Ages. Durro is one of the best-known mediaeval villages in Lleida, located in the Vall de Boí, near Taüll (a town mentioned above). The uniqueness of Durro is that it has less than 100 inhabitants and that walking through its streets you will feel that you have travelled back in time, that each stone is capable of explaining a piece of its history. You should also visit the Parish Church of La Nativitat, an early Lombard Romanesque building.

In the region of Urgell is the village of Guimerà, renowned for the medieval atmosphere it still manages to exude, thanks to its narrow labyrinthine streets; the ruins of the 11th century castle; the 14th century Gothic church of Santa Maria; and the chapel of Sant Esteve. If all of this doesn’t take your breath away, then take a look! The historic centre of Guimerà is an Asset of Cultural Interest, so there’s no reason to miss it. Of all the villages in Lleida, Guimerà is a must, and even more so if you’re planning to visit in August, when a mediaeval market is held, which aims for, and achieves, a mediaeval atmosphere. 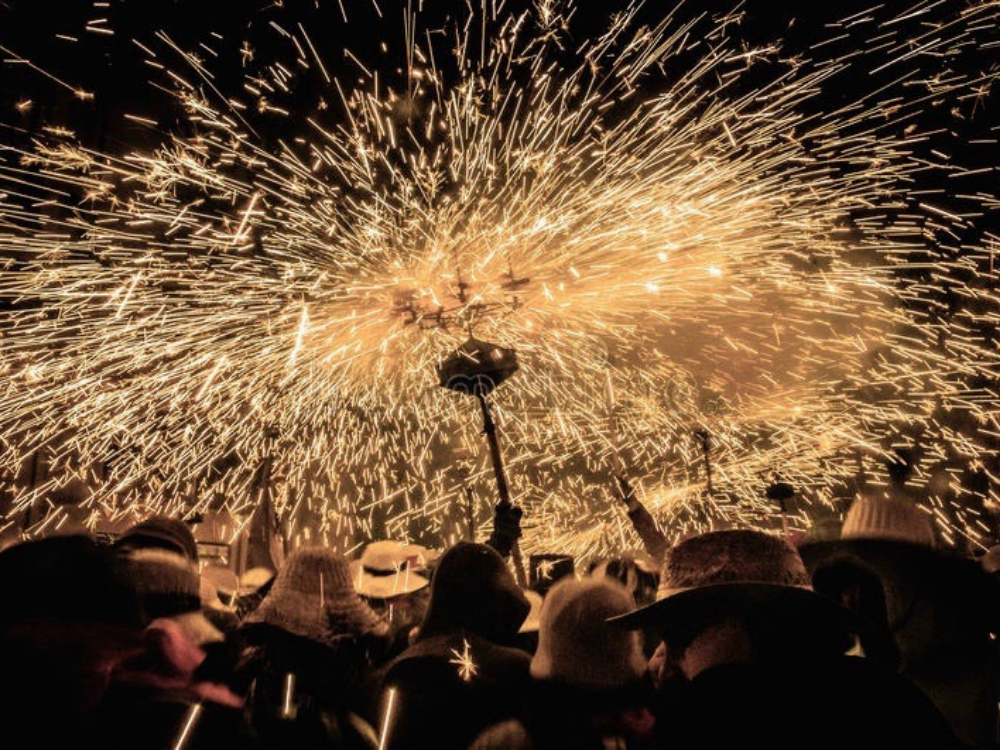 If you are in the capital and are looking to get away from the hustle and bustle of the city, Cervera is one of the most beautiful places near Lleida. Cervera is a medieval town with many monuments of different styles. It has less than 10,000 inhabitants, so we thought we could mention it in this article. You can visit the old building of the University of Cervera (from the 18th century), in neoclassical style and declared a Cultural Asset of National Interest; the Baroque Town Hall; the Church of Santa Maria, in this case in Gothic style; and the Cervera castle from the 12th century, a little further outside the city, but also considered a Cultural Asset of National Interest. We recommend you visit Cervera at the end of August, which is when El Aquelarre is held, a traditional festival since 1978, where the Mascle Cabró and their witches, the witches, take to the streets. The town is filled with shows, magic and “correfocs”.

Are you looking for beautiful villages near La Seu d’Urgell? Here it is. Castellbò is a unique village in l’Alt Urgell. It is part of the Alt Pirineu Natural Park. It is a very characteristic village, as it is built on top of a hill, and is accessed by a bridge built in the Middle Ages and declared a Site of Cultural Interest. But that’s not all, its houses are also of great heritage value, as they are built in the typical style of all the villages of the Pyrenees: stone and wood constructions. Despite being a small village, there are several things to visit (apart from wandering through its streets aimlessly), such as the Old Collegiate Church of Santa Maria, which mixes Romanesque and Gothic styles, and the remains of the castle of Castellbò. 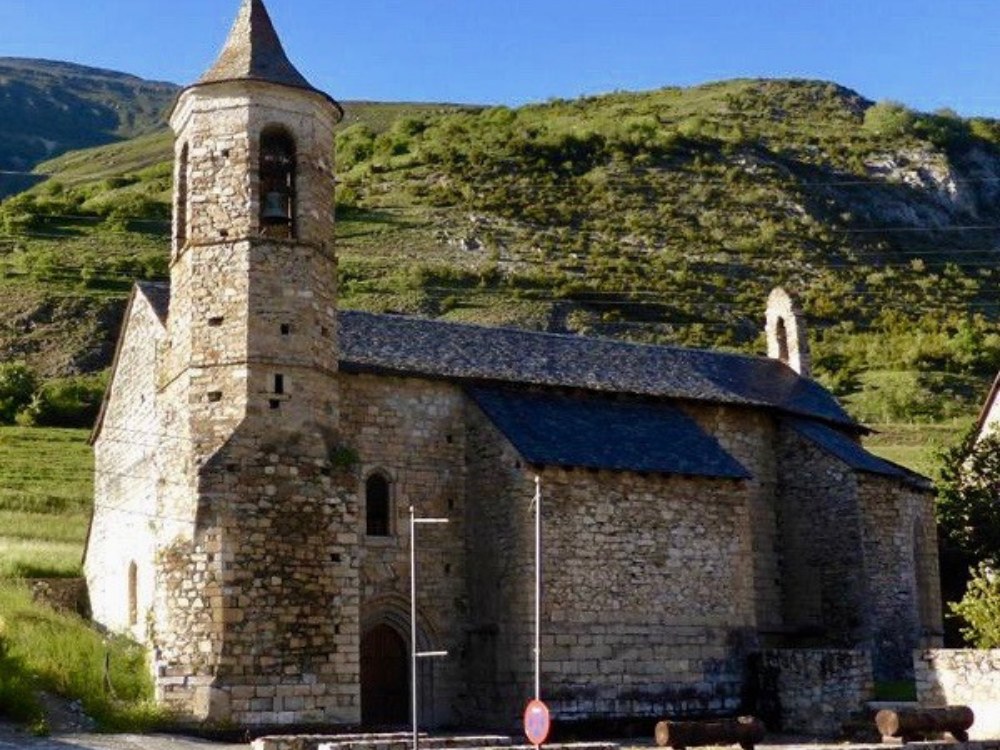 In last place, we have put the village of Arties, although we consider it to be no less beautiful for that. For us, Arties is one of the most beautiful villages in Lleida and is located in the Catalan Pyrenees, between the rivers Garona and Valartes. That said, Arties is a mountain village that follows the typical construction style of the area, which in itself is spectacular; but that is not all the village has to offer: there is also the Church of Santa Maria, recognised as one of the greatest examples of the Romanesque style in the whole area; and the 14th century Gothic Church of Sant Joan.